How to Make Homemade Tortilla Chips Crunchy and Delicious

Homemade Baked Tortilla Chips are so easy to make that you will wonder why you haven’t tried it sooner! Grab your kids because this is also a great recipe to let them practice those knife skills! 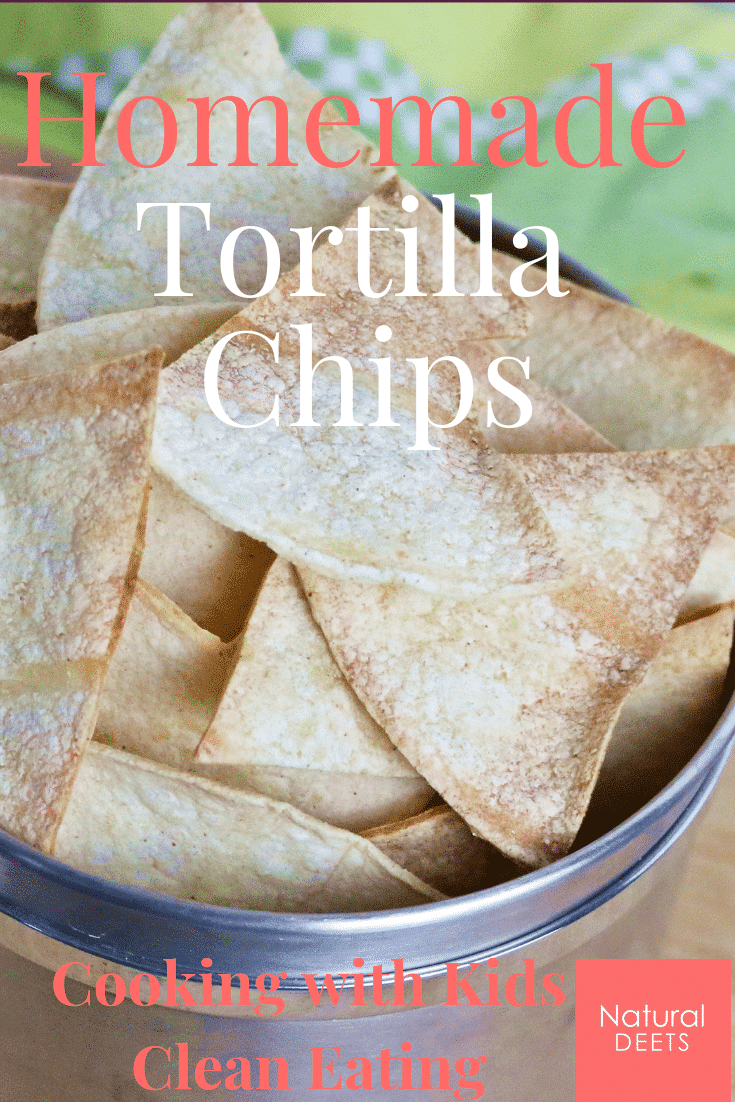 It all started with an innocent trip to Costco… I said “how about taco Tuesday?” and I threw the gigantic bag of corn tortillas in to the cart.

It sounded like a great idea until I realized that the entire family only ate about 10 tortillas! What in the world was I going to do with the rest of the package? It turned out that my kids don’t love corn tortillas as much as the flour ones so they weren’t going to help us eat them. 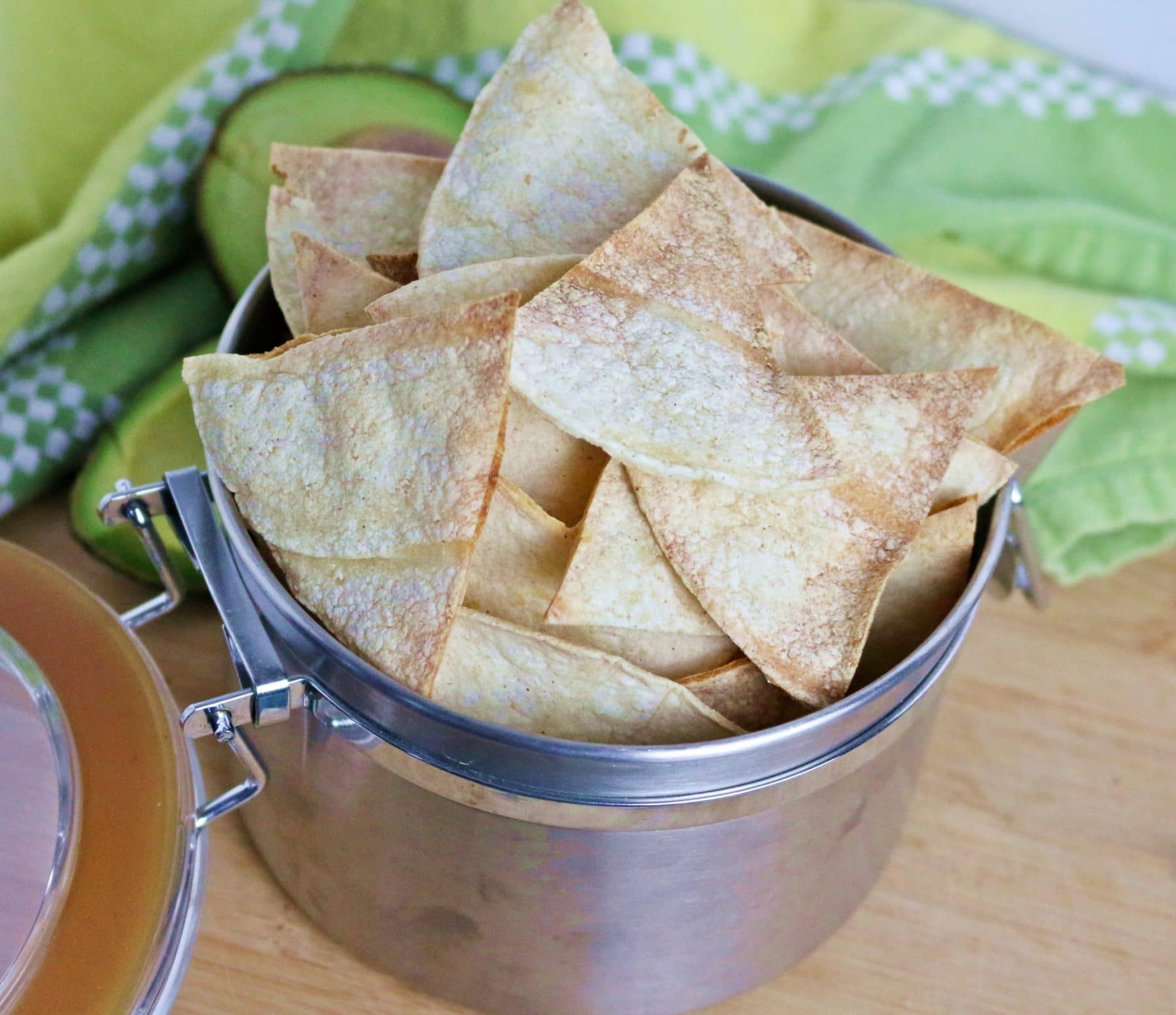 However, they do love chips! So I got an idea… I told the kids we were going to make chips and then I crossed my fingers that it would work. 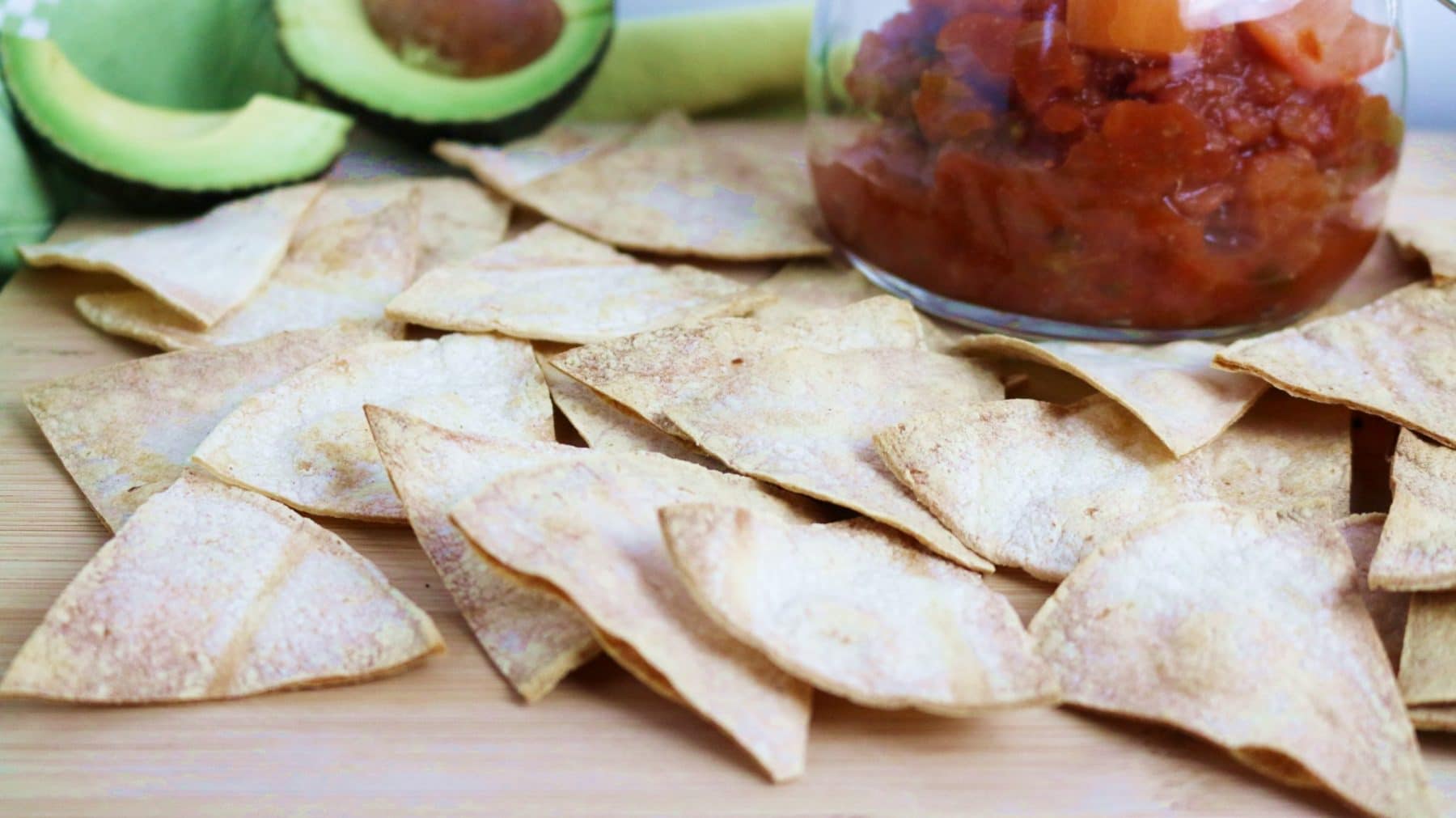 My daughter is learning how to use a knife. I have taught her the basics and I still watch her closely when she is cutting food, so I thought this would be the perfect opportunity to let her practice. Aside from aesthetics, it doesn’t matter what the chips ended up looking like.

We placed a stack of tortillas on the cutting board and I had her cut them in half. Then place one of the halves over the other. She then cut them into thirds: 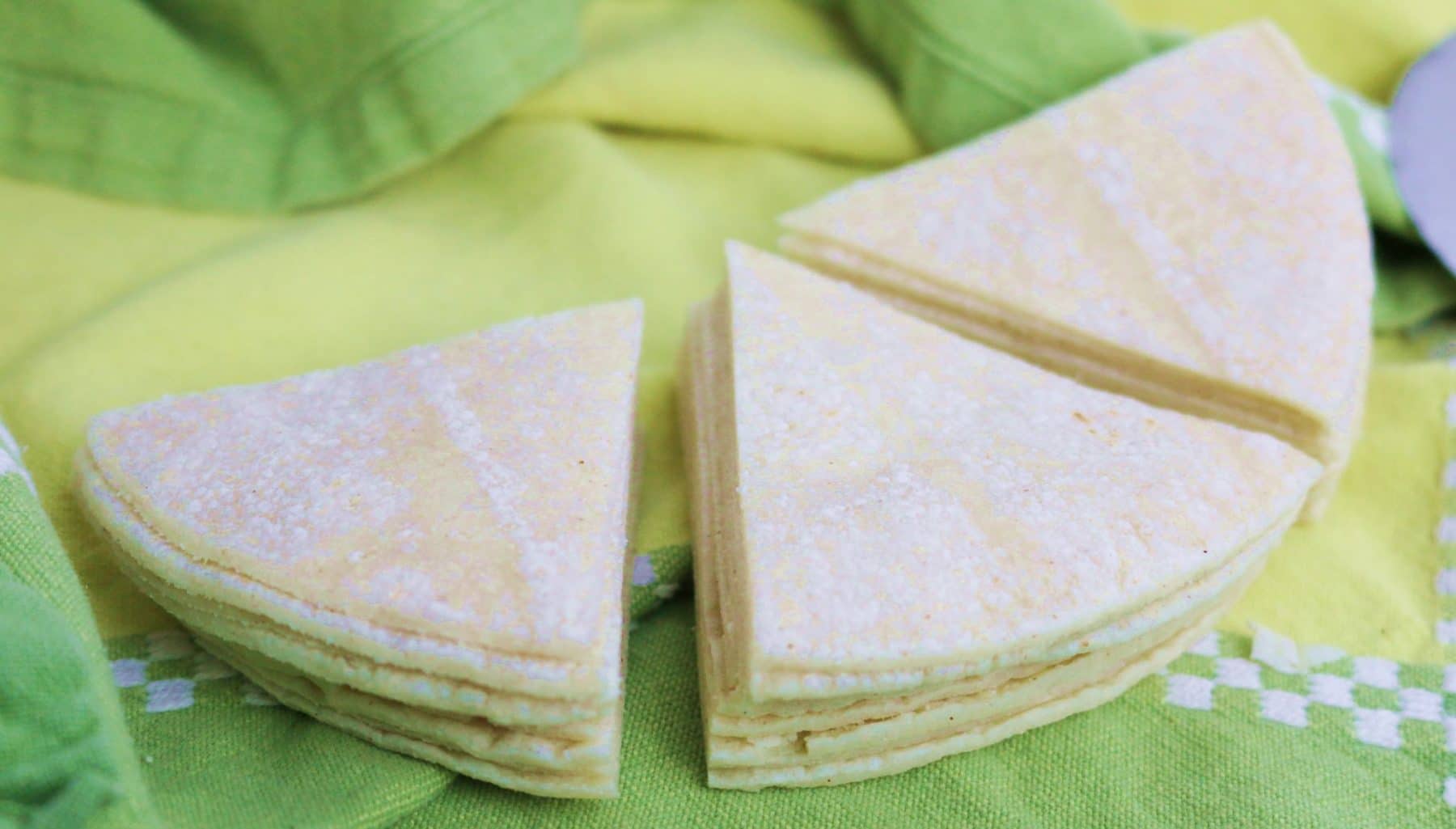 I took a guess and preheated the oven to 400° since we were trying to make them crispy. It turned out to be perfect!

We placed the tortillas in a single layer on a crisper pan and placed it in the oven for 5 minutes. After 5 minutes we flipped the chips and baked another 4 minutes.

Tip: Watch the chips closely as they bake. They take a while to start browning but once they do, it doesn’t take long before they burn 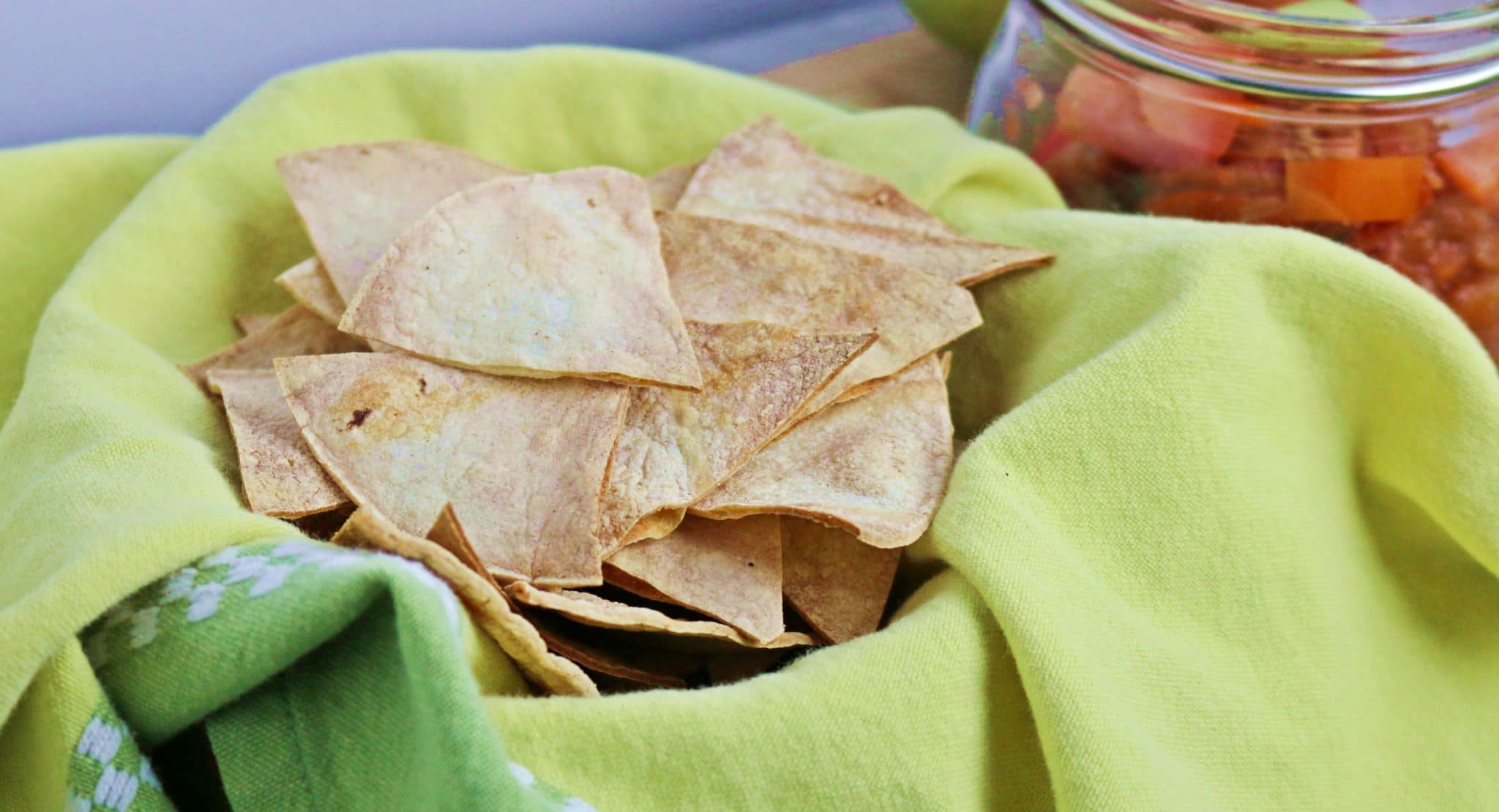 They turned out perfectly delicious and crunchy! I added a sprinkle of salt but they really didn’t need it. The kids ate it as is but my husband and I ate it with another one of my favorite recipes: Strawberry Salsa.

And best of all, the kids had a great time! They are still talking about how they made  homemade tortilla chips!

Try it and let me know what you think!

What is Clean Eating and How You Can Get Started

12 Camping Recipes Your Kids Will Love

Hey, I'm Kim! Natural Deets is a place designed strictly for busy moms. We have clean eating recipes, ways to get your kids into the kitchen and meal planning ideas. Many moms I talk to say that they struggle with cooking healthy because of time. But what they really mean is they don’t want to have to choose between spending time with their kids and cooking. I mean, they only get 2-3 hours a night with their kids. We find a way to do both, by cooking with the kids and meal planning. Have a look around!